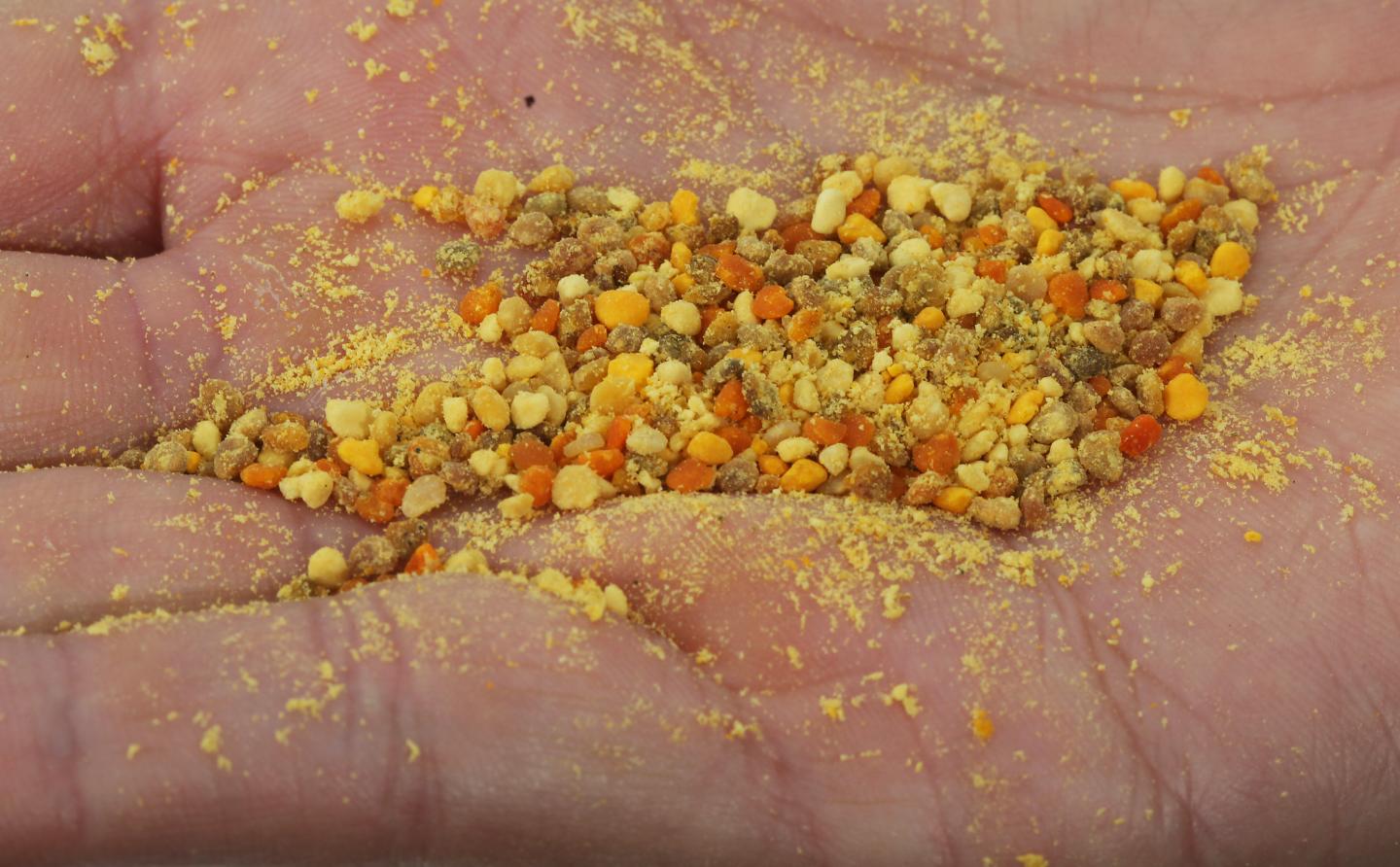 Purdue researchers found that honey bees collect pollen from a wide range
of plants, even in areas dominated by corn and soybeans.
Credit: Purdue University/Tom Campbell

WEST LAFAYETTE, Ind. - A Purdue University study shows that honey bees collect the vast majority of their pollen from plants other than crops, even in areas dominated by corn and soybeans, and that pollen is consistently contaminated with a host of agricultural and urban pesticides throughout the growing season.

Christian Krupke, professor of entomology, and then-postdoctoral researcher Elizabeth Long collected pollen from Indiana honey bee hives at three sites over 16 weeks to learn which pollen sources honey bees use throughout the season and whether they are contaminated with pesticides.

The pollen samples represented up to 30 plant families and contained residues from pesticides spanning nine chemical classes, including neonicotinoids - common corn and soybean seed treatments that are toxic to bees. The highest concentrations of pesticides in bee pollen, however, were pyrethroids, which are typically used to control mosquitoes and other nuisance pests.

"Although crop pollen was only a minor part of what they collected, bees in our study were exposed to a far wider range of chemicals than we expected," said Krupke. "The sheer numbers of pesticides we found in pollen samples were astonishing. Agricultural chemicals are only part of the problem. Homeowners and urban landscapes are big contributors, even when hives are directly adjacent to crop fields."

Long, now an assistant professor of entomology at The Ohio State University, said she was also "surprised and concerned" by the diversity of pesticides found in pollen.

"If you care about bees as a homeowner, only use insecticides when you really need to because bees will come into contact with them," she said.

The study suggests that overall levels of pesticide exposure for honey bees in the Corn Belt could be considerably higher than previously thought, Krupke said. This is partly because research efforts and media attention have emphasized neonicotinoids' harmful effects on pollinators and their ability to travel and persist in the environment. Few studies, however, have examined how non-crop plants could expose bees to other classes of pesticides. Looking at Midwestern honey bees' environment through this wider lens and over an entire season could provide more accurate insights into what bees encounter as they forage, Krupke said.

The samples showed that honey bees collect the overwhelming majority of their pollen from uncultivated plants, particularly the plant family that includes clover and alfalfa.

The most common chemical products found in pollen from each site were fungicides and herbicides, typical crop disease and weed management products.

Of the insecticides, neonicotinoids and pyrethroids were the most common in the pollen samples and pose the highest risks to bees, Krupke said. While both are toxic to bees, they differ in their relative risk levels. Neonicotinoids are more poisonous to bees but are primarily used on agricultural land. Conversely, pyrethroids are typically used where pollinators are likely to be - near homes and gardens with a diversity of flowering plants - potentially exposing bees to higher levels of chemicals and on a more frequent basis. The study showed distinct spikes of pyrethroids in August and September, months when many homeowners spray these chemicals to knock out mosquitoes, hornets and other nuisance pests.

Pollen from all three sites also contained DEET, the active ingredient in most insect repellents.

Krupke said that little is known about how these diverse pesticides interact with one another to affect bees. The toxicity of insecticides, for example, can increase when combined with certain fungicides, themselves harmless to insects.

The researchers did not assess colony health in this study.

Click here to see a digital sample of the American Bee Journal. 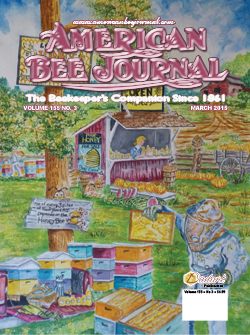 For a calendar of scheduled beekeeping short courses and meetings, check our Events section of our website: http://www.americanbeejournal.com/events/ 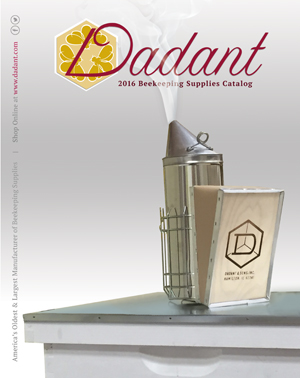