Italy Banned the Seed Treatments in 2008

When neonicotinoid seed treatment insecticides were effectively banned in Italy in 2008, corn growers in the northwestern part of the country grumbled. 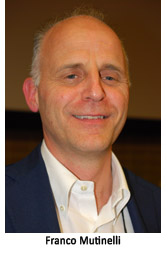 They feared yield losses to insect pests if the chemicals were to be taken away.

Those fears never materialized, according to Franco Mutinelli who spoke at the Eastern Apicultural Society (EAS) conference in Guelph, Ontario on August 12.

“Corn producers were afraid but they did not experience any dramatic yield losses,” Mutinelli said, speaking just prior to participating in a panel discussion exploring issues surrounding the chemicals.

“Spring bee losses disappeared between March and June when corn is sown after the ban was enforced . . . Over the last three years our winter losses have been below 10 percent – a normal range.”

Mutinelli heads his government’s National Reference Laboratory for beekeeping, the Experimental Veterinary Sciences Division, and Diagnostic Services for Histopathology and Parasitology and has been involved with Italy’s national honey bee monitoring program which tracts pesticide residues along with honey bee pest and disease pressures.

He said there are about 50,000 beekeepers in Italy and 1.3 million honey bee colonies. Varroa mite along with nosema ceranae and nosema apis and other ailments are a concern. Most recently small hive beetle has been identified in two areas.

Colony losses reached 50 to 60 per cent in Northern Italy prior to 2009, Mutinelli said. That’s where most of the country’s grain corn is grown. As in North America today, the insecticides were automatically part of seed corn purchases in Italy prior to 2009.

There’s no data for the central part of the country. In Southern Italy losses ranged from 10 to 30 per cent prior.

While the restrictions amount to a ban when it comes to seed treatments, the insecticides continue to be used as foliar sprays for such crops as fruit and in greenhouses.

Mutinelli said both growers and beekeepers are now aware of the challenges posed by the insecticides and their use is regulated. With fruit trees, for instance, neonicotinoid sprays can only be used after the trees have bloomed and environmental persistence is far less of an issue. 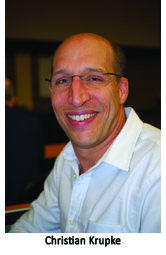 In contrast to Mutinelli, Krupke does not support a regulated approach to neonicotinoids. Instead, he suggested that farmers be allowed to know the true cost of the treatments and then decide whether or not to purchase them.

Usage would likely drop significantly with that type of system in place, he said.

Krupke referred to a three-year research study in Illinois showing no statistical yield benefit from the technology for corn production.

That’s a similar result to information in a leaked report from Canada’s Pest Management Regulatory Agency. It cited trials showing only a small yield benefit for Canadian corn growers and essentially no benefit for soybean growers

“The biggest issue is that we are dramatically over using these compounds,” Krupke said.

“This is not the way we should be growing these crops. This is absolute nonsense.”

Farmers have suggested that the repeated use of neonicotinoids, primarily clothianidin and thiamethoxam, have reduced pest pressure to the point that they’re no longer an issue. However, Krupke said that observation cannot be backed up with data.

The control offered by the neonicotinoids is limited in both corn and soybeans, likely because the window of control is far narrower than many farmers believe, he said. 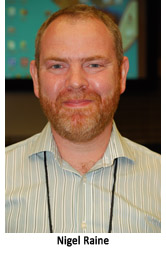 Raine, who moved to Guelph from the School of Biological Sciences at the University of London in England a year ago, stressed the danger neonicotinoids pose to all pollinators, including the hundreds of native bee species in Canada along with butterflies, moths, wasps, hoverflies and other insects.

Globally, pollinators, including honey bees, provide around $425 billion in pollination services annually, he said. Of the food consumed by the human population, one-third requires pollination from insects other than honey bees.

There’s now clear evidence pollinators are declining globally to the point that food crop yields and quality could be impacted.

“If something isn’t done, it will come to a point when we will have a pollinator deficit,” Raine said.

Like other conference speakers, Raine said neonicotinoids are not the sole reason for pollinator decline. Rather, the insecticides appear to be just one aspect of the problem. Other factors include habitat loss, fragmentation and degradation.

With honey bees specifically, there is also a range of pathogens and parasites, including the varroa mite. 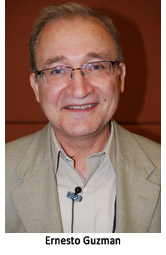 In Ontario, he said colony losses are at an unsustainable level. Only by splitting healthy hives and importing bees have beekeepers maintained colony numbers in the province.

While it’s now broadly recognized that honey bees can be killed outright by neonicotinoids, Guzman said the jury is still out as to whether they’re impacted on a sub-lethal level.

He cited the work led by two of his Guelph associates. David MacKay and Nuria Morfin both spoke earlier concerning the preliminary results from their research.

In a laboratory experiment, Morfin has linked sub-lethal levels of neonicotinoid exposure to reduced grooming and hygienic behavior in honey bees along with memory loss.

MacKay talked about differences in honey bee colonies placed on an organic farm and a conventional farm near Strathroy, both of which are in a corn-soybean rotation.

Hives were placed at the site at the beginning of May and left for the entire season. 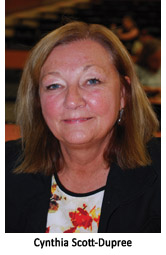 Ontario in 2012 and 2007 that showed no connection between neonicotinoid seed treatments and sub-lethal impacts on honey bees.

In 2012, Scott-Dupree placed honey bees in treated and untreated canola fields for two and a half weeks and then moved them to a non-agricultural location for the remainder of the year.

The EAS conference was last held in Ontario in 1992. The annual event attracts beekeepers from across the northeastern part of North America and around the world.

This year’s conference location was apt. Ontario, a significant corn and soybean growing area, is a focal point for those opposing neonicotinoid insecticides and those favoring their use.

In Ontario, however, the provincial government imposed stringent restrictions – as opposed to a ban – on their use earlier this year. Their intent is to reduce usage of the neonicotinoids as seed treatments by 80 per cent by 2017.

The move is controversial and, in the eyes of many observers, has created a rift within Ontario’s farming community.

While not all its members may agree with their actions, the Grain Farmers of Ontario has vocally opposed the legislation.

The group launched legal proceedings asking for a stay of the regulations which were introduced on July 1. That action will be heard by the Ontario Superior Court of Justice on September 28.

The Ontario Beekeepers Association has recognized the seed treatments as a major concern since 2012 when major bee kills – since linked to the chemicals – were recorded around the time corn was planted.

The Ontario honey bee industry has been struggling for several years. Colony over-wintering losses recorded in the spring of 2014 were put at 58 per cent. This year’s losses were also high and beekeepers have noted losses at other times of the year, queen issues and poor colony health.

Guzman, asked about the situation, said the current levels of loss are unsustainable over the long term. Beekeepers in Ontario have been routinely splitting their healthy colonies and importing bees in an effort to maintain their businesses.
Click here  to see a digital sample of the American Bee Journal. 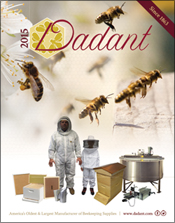